IKSURFMAG ABOUT OUR SCHOOL AND PALANGA

On the west coast of Lithuania, lies Palanga, a popular spot on the Baltic Sea for kiteboarding, landboarding, SUPing and surfing. 18 kilometres long and up to 300 meters wide of sandy beaches, is the busiest summer resort in Lithuania. The conditions can be quiet choppy and wavey especially if the wind blows from the west, northwest or southwest, (the waves range from 1.5 meters - 4 meters) Officially, Palanga includes other cities like Šventoji, Nemirseta, Būtingė, and other settlements.

The wind generally blows southwest, west or northwest, which is perfect for kiteboarding. Lithuania is located on the coast of the Baltic Sea, and this factor largely influences the formation of the climatic conditions of the area. Summer in Lithuania is warm, and the air temperature is encouraged you to visit! The winter, on the other hand, isn't as pleasant!

During the summer, the air temperature reaches about 30°C and in winter, about 5°C. In general, the weather in Lithuania practically does not differ from that of other European countries unless there is a certain climatic instability in the state. Often a sunny day can turn quite quickly to a day with prolonged rainfall!

If you haven’t brought your own set of wheels to Palanga, fear not, about every hotel and street corner during the summer season comes with the option to rent something from rollerblades to bicycles for anything from an hour to as long as you plan to stay! There are long, new and smooth bicycle road along with the sea and pines forests. It’s ideal if you are planning longboarding trip from Klaipėda- Palanga-Šventoji, especially when the wind is not blowing; recommended!

Palanga’s restaurants, cafés and nightlife venues provide sustenance for the mind and body as well as endless opportunities to meet like-minded people out for a good time. Gastropubs, cafes, fish restaurants, traditional food restaurants with local beer. Potatoes, potatoes and... more potatoes is what Lithuanian cuisine looks like when you first start searching for conventional local dishes!

J. Basanavicius street is the main pedestrian avenue leading down to the famous Palanga bridge. The avenue has to offer plenty of bars and restaurants with live music, nightclubs, and other attractions to suit everyone’s taste. All of that makes it the most crowded place in the town where all the nightlife buzz happens in the summertime. If you like to party, there are plenty of bars where you can sip a cocktail on a terrace while listening to the very best music. 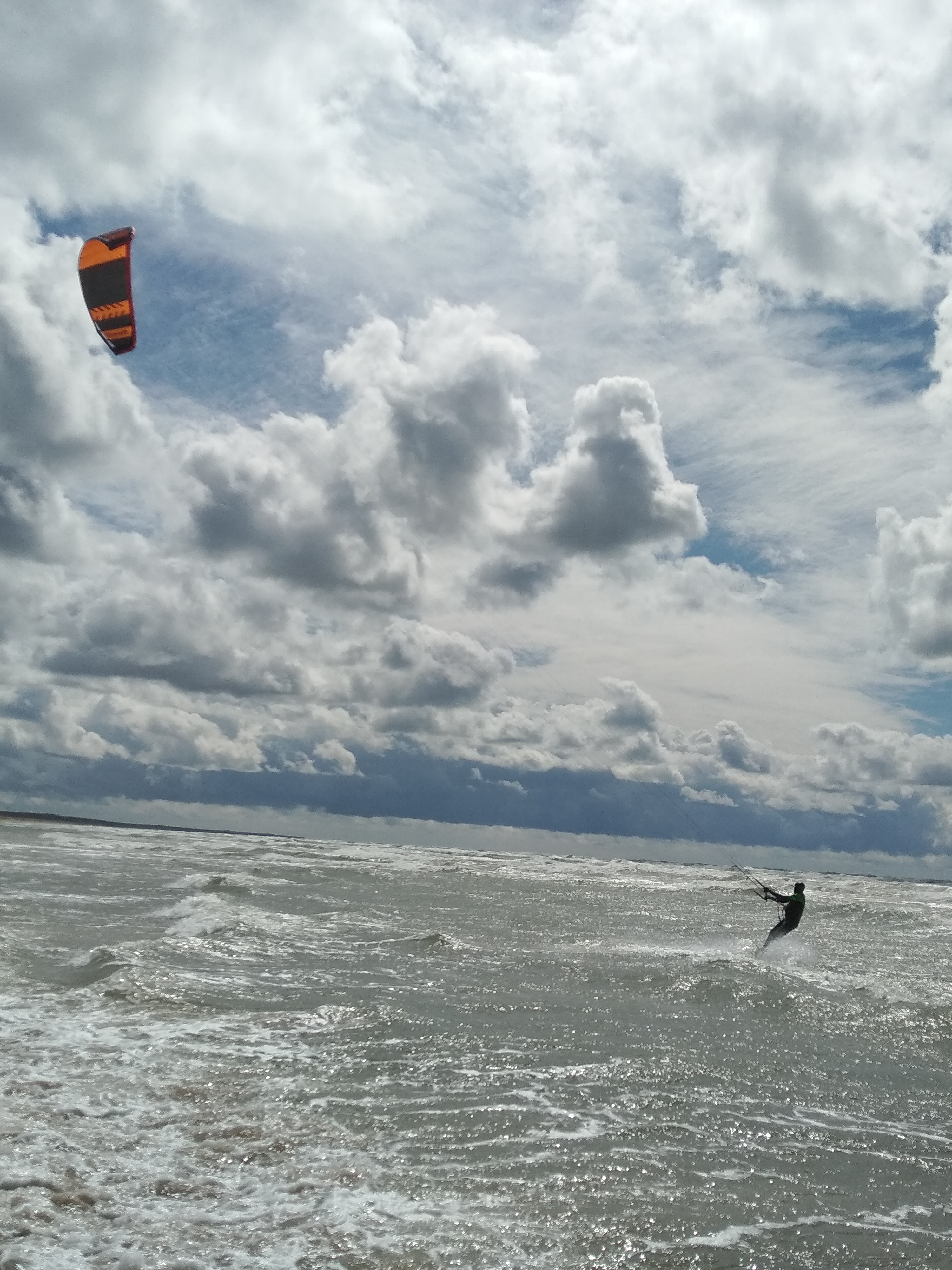 If you like sports, get yourself involved in one of the many beach volleyball courts. If you are keen on relaxing strolls across the seashore, you should try yourself in searching the Baltic gold and amber stones. Running lovers will enjoy a fantastic running path called “Labrytys”. It’s situated in the pine forest aside from the Baltic Sea, and it lasts for about 6 kilometres.

With Sea Paradise Surf and Kite school, you can do river SUP tours, longboarding, take a tour on sea scooters, skimboarding and more!

There is high-speed 4G in the area, and most of the pubs and bars have WIFI around town.

The Surf Hostel on Medvalakio street is an ideal place for travellers who are looking reasonable price, hand -reachable attractions, exclusive design and unique Baltic sea waves. They can accommodate up to 8 guests per day. Surf hostel guests can use free car parking, wifi internet access. Besides that, there are many Airbnb's in the area, as well as hotels, guest houses, campings and spa resorts. 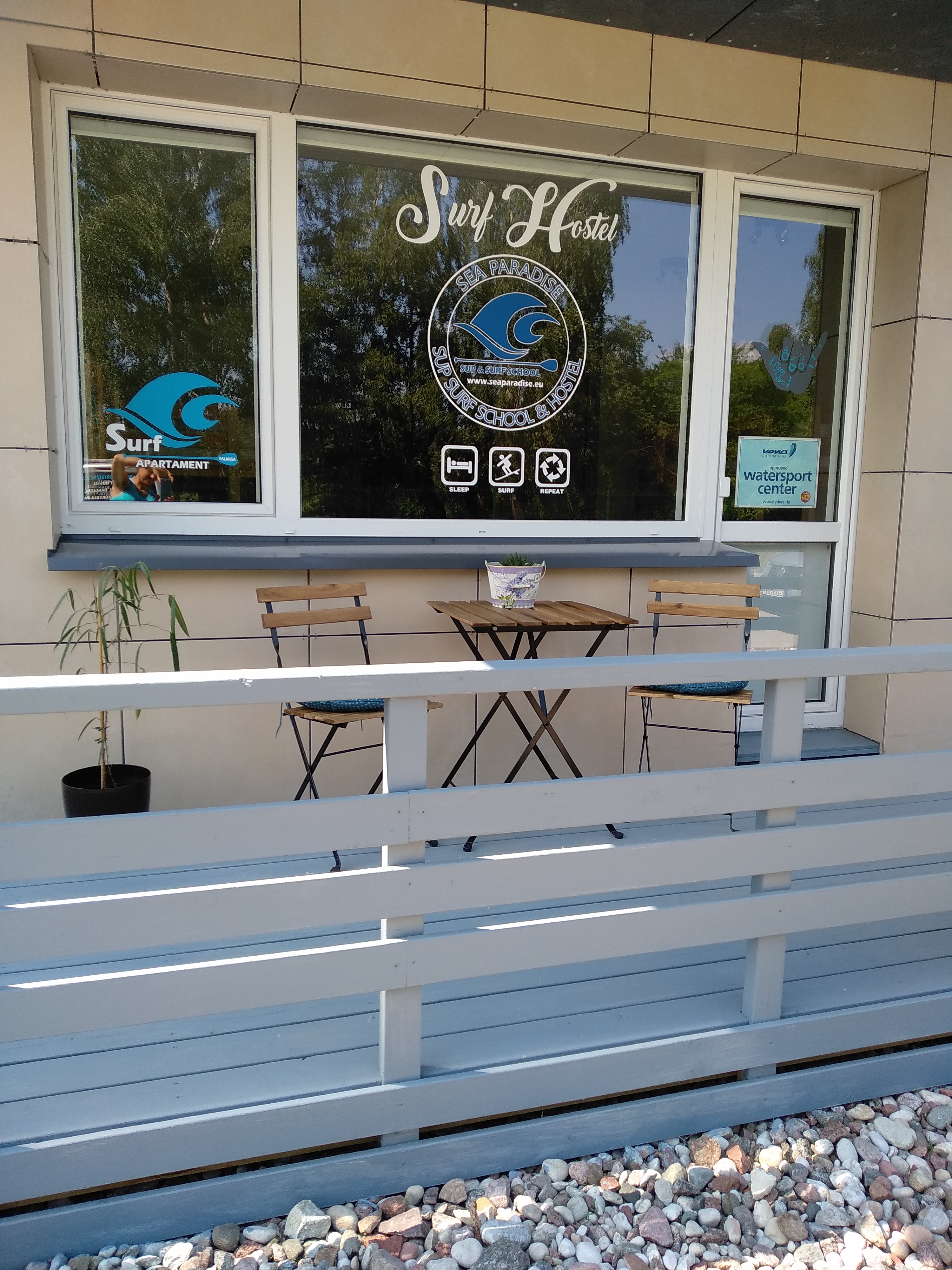 Where are the Best Kitesurfing Beaches in Palanga? 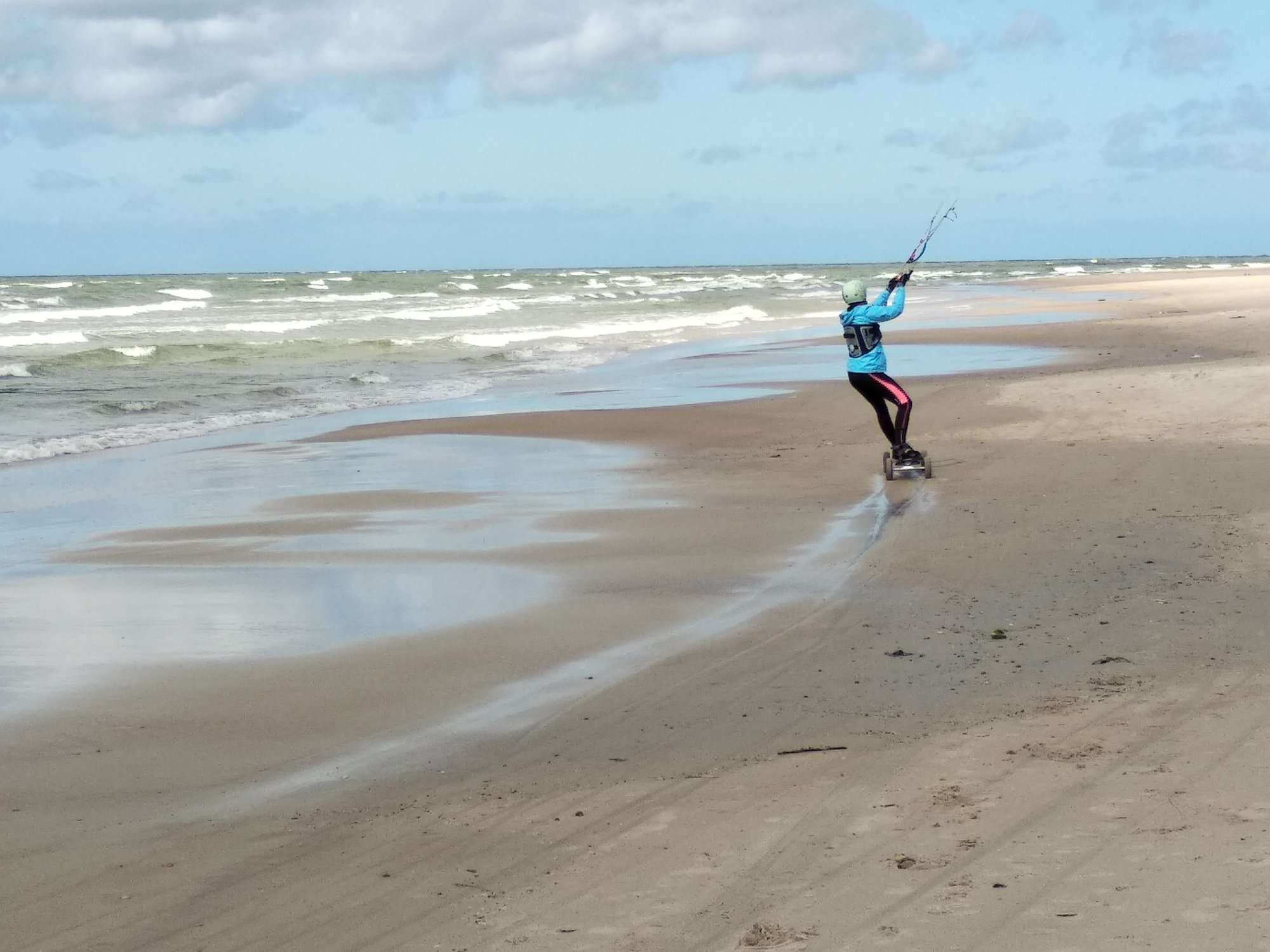 Long, wild, clean and sandy beach with lots of space for kites to safely launch and land. Nemirseta is a part of the city of Palanga, located in the south of the city. There is an old ship salvage station (end of the 19th century) a beach, a viewing area, a car camping site, a surviving reconstructed Kurhaus building (standing from the 15th century). 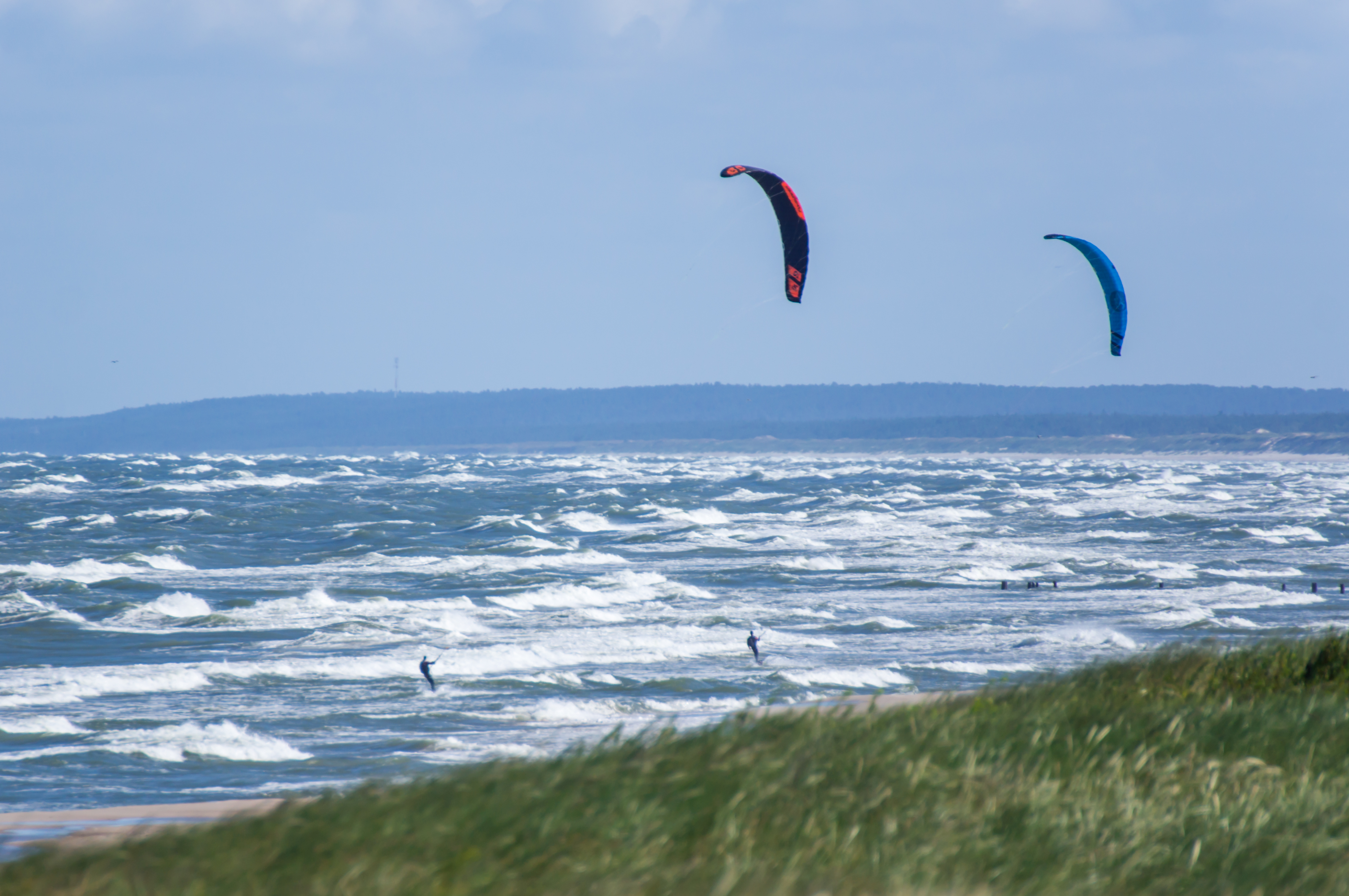 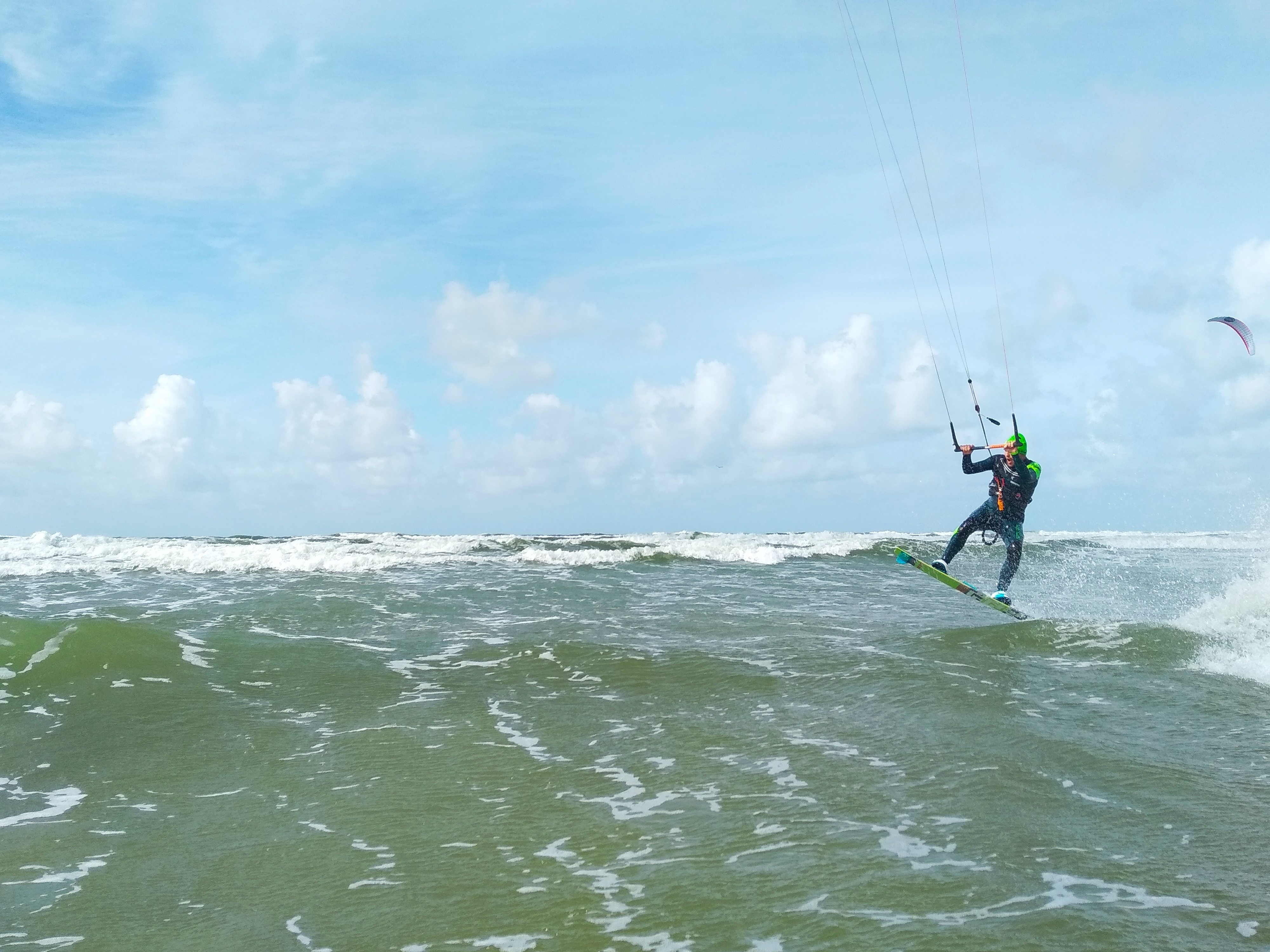